The city of Breskens (Netherlands) was known for hundreds of years as a community which lived from fishing income, but its rich history – with leading roles for Napoleon and the second World War – and its crucial location near Antwerp have ensured that Breskens is slowly but surely becoming a tourist attraction with the fishery festival (the largest festival in Zealand) and it’s maritime culture as the best known attractions.

With Breskens being so close to the Belgian border, and being surrounded by astonishing views and nature reserves we decided to map out a cycling route which highlights the port city and its surrounding towns and their relevant sights.

Our cycle route mapped out

Our stops between Breskens and Knokke listed

Seeing amazing places is one thing, knowing its history and the cultural effect it has on its surroundings is just as important. That’s why we’ve decided to list them below and dig a bit deeper in their rich history.

Our bicycle tour starts at the marina of Breskens, not only because there is ample parking, but also because it is one of the must see places on the route! So before you get on your bike, we suggest that you go for a short walk and explore the marina.

By wandering around both the marina as the fishing port, you’ll discover various artworks such as the Red Penguins project, The Crab, Bresko The Robot fish, the Sardine Can and many more.

Situated at the fairway to the port of Antwerp and on the border with Vlaanderen, the Marina of  Breskens is a commonly used base for boat trips to Belgium, France as well as neighboring Dutch provinces.

The marina has around 700 mooring points, reserved for sailing and motor yachts, but it is estimated that half of the marina is filled by Belgian pleasure yachts. This became especially clear during the COVID-19 lockdowns, when the Belgian border was locked and the port was at only 30% capacity.

Tip: Just next to the Marina of Breskens, a gastronomic hotspot is being developed with recommendations such as De Kluiver (Tearoom), Gusto (Seafood tapas) and a real gastronomic star restaurant (De Spetters).

As a result of all this, it often happens that there are particularly exclusive and luxurious cars in the marina, giving the city a more luxurious appearance. Because of this, the Marina is also the annual stop for the Zoute Oldtimer Grand Prix that starts in Knokke (Belgium).

During World War 2, Breskens was heavily carpet-bombed by Allied forces, leaving very little of the historical centre and the harbor intact. After the war, the town was rebuilt and became a centre for the Dutch fish industry and other maritime-related businesses.

However, with the current fishing industry in terminal decline, tourism is becoming the main economic focus of the city – which is why a number of high rise apartment buildings are being built on the waterfront.

You can observe this evolution in the fishing port of Breskens, where the city of Breskens is currently renewing their fishing port in which some older buildings are making way for new luxurious apartments. One of the buildings that is set to disappear is the harbor’s granary, which currently contains a 22 by 20 meter wall painting made by artist Johnny Beerens.

The work of art is so well known in the region and refers in such a beautiful way to the roots of the city, that various authorities are looking for a new destination for this work.

Depending on when you cycle this route, you can still see this work of art.

For the readers interested in WWII, we haven’t included it in this route, but Breskens’ Groede region still includes many WWII military sites!

Between the port of Breskens and the cycle route to Knokke, we make a quick stop at the spuiplein in Breskens: on the one hand to view Breskens’ famous blowfish statues designed by Albert Kramer, and on the other to quickly stock up on some drinks for on the road.

From the blowfish statues in Breskens, we cycle – via the ferry in direction to Vlissingen – to the start of the walking and cycling route towards the Belgian border. This route immediately starts with a new work of art; the impression statue.

This statue was placed on this spot back in 2009, as an anniversary gift of the 5th centennial of Breskens.

Napoleon built the fort on the banks of the Scheldt river to have a good overview of the Western Scheld with the goal to better protect the city of Antwerp from attacks. He also built two other forts (Fort Frederik Hendrik and the Havenfort) to create a defense line in which he could block the Antwerp waterway.

After the reign of Napoleon, a royal decree was passed to demolish the fort. Next to the star shaped canals and the earlier design drawings and plans, there is only one keystone at the entrance of the camping gate preset: it mentions the year 1813 and the letter N.

When we continue to follow the scenic cycling route which starts at the impression statue, we almost immediately arrive at Breskens’ lighthouse.

Breskens Lighthouse, built in 1866 – 1867, officially marks the transition from the north sea, to the Western Scheldt.

The thing which makes the 28 meter tower special, is the fact that it’s the oldest surviving cast iron lighthouse in the Netherlands. The lighthouse – originally painted in yellow – became a monument in 1982, and was finally decommissioned in 2011.

Thanks to its past, and with the help of the local residents, a foundation was set up to restore this lighthouse and it has since reopened to visitors.

From the lighthouse we can actually cycle in one piece to the ‘Black Drowned Polders’ in Nieuwvliet, although the memorial statue for the delta works is definitely worth mentioning!

About the delta works

Because the Netherlands are partly located below sea level, the Delta Works construction projects in the Netherlands were started to protect a large area of land from the sea.

By building different sorts of dams, dikes, storm barriers and other sorts of constructions, the authorities in the Netherlands hope to protect the provinces of South Holland and Zeeland from disastrous floods.

To make it very technical, the aim of the dams, sluices, and storm surge barriers was to shorten the Dutch coastline, thus reducing the number of dikes that had to be raised to protect the land.

The American Society of Civil Engineers has declared the Delta Works as “one of the Seven Wonders of the Modern World”, because the construction works are so unique and forward-looking!

Might be fun to know: when we were cycling this route, the Pioneering Spirit (the largest construction vessel in the world), passed by to drop off a drilling platform for deconstruction.

Before arriving at the ‘Black Drowned Polders’, the scenic path through the dunes will lead you past some modern beach houses which are the perfect place to catch your breath with a drink.

A fantastic stop on the route to Belgium is the ‘Verdronken Zwarte Polder’, literally translated as “drowned black polders”. This is a nature reserve, which borders directly on the sea and is home to some unique animals

About the drowned black polders

Here is another trip down memory lane: by building dikes in the 17th century, the locals created a black polder, however: a few tidal waves in 1802 turned it into the drowned black polders, where the ebb and flow made various channels and left clay and silt behind.

Over the years, these polders acquired the status of a nature reserve.

After passing the drowned black polders, we arrived in Cadzand. The beach-side of Cadzand is known as one of the most beautiful seaside destinations in Zealand, which causes it to be overwhelmed by Belgians who want to avoid the masses at the Belgian coast.

We only made a stop at the marina of Cadzand to watch a small sailboat leave the harbor, after which we continued on.

When crossing the Belgian border, we immediately entered the nature reserve “Het Zwin”. The nature reserve extends over a coast length of around 2.5km’s, which is surrounded by this cycle route.

The Zwin is a nature reserve located next to the North Sea coast, on the Belgian-Dutch border.

The nature reserve finds its origin with a storm in 1134 which formed a tidal channel which connected the North Sea with the ports of Sluis and Bruges during the Middle Ages. From the late 13th century on, the channel became unstable and cut off the harbor of Bruges from the sea.

The present day nature reserve was founded in 1952, and is famous for its large variety of flora such as sea lavender. The Zwin is also a popular visiting place for bird watchers, and was declared a  Wetland of International Importance in 1986.

When you follow our cycling tour to the other side of the Nature reserve Het Zwin, you’ll come across a sculpture of a Hare made by Barry Flanagan.

About Hospitality by Barry Flanagan

The statue of Barry Flanagan displays a hare, which stands for liberty and independence. The bronze statue refers to “Kindness” and “Hospitality”, which is important at seaside resorts and was placed on the border of the nature reserve and the Belgian sea bank in 1997.

From this statue, you can cycle effortlessly to the center of Knokke, which marks the point of 35 kilometers. For some, this will be the perfect time for lunch, while others will start their ride back to Breskens.

Landscape photography might seem like black magic for some of our adventurous readers and aspiring photographers, so we decided to break down the technical details behind the shots we took during this trip. 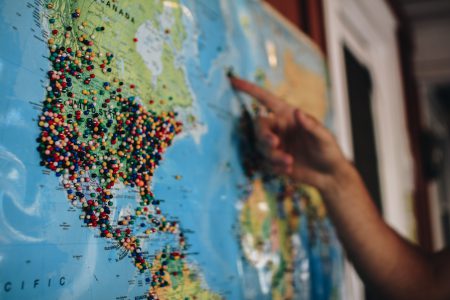 How to travel the world with almost no money

Many people daydream about traveling the world, but most of them are too afraid to leave their comfort zone, or have the same excuse –..
Read More 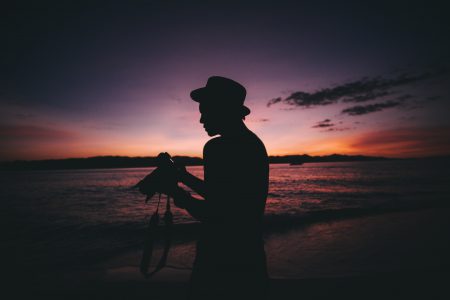 Every experienced photographer will agree with us when we say that planning and preparation are the key to amazing landscape photography. This is one of..
Read More